A Stroll On Hyde Park 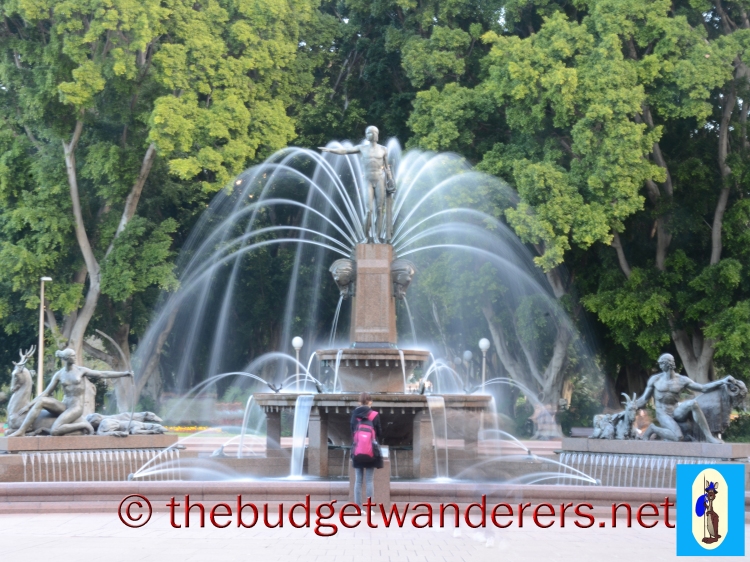 Despite the freezing cold breeze that envelope Sydney at the moment, we went strolling down one of the city’s largest and much-adored parks, Hyde Park. The trip to the park was intended for a small project, our photographer, is undertaking. Hence, I decided to come along to have a walk with him; after all, I did not want to be staying at the comfy of our room all day.

The last time we visited the place was during the holiday season when the annual Carols in the Domain was being held at nearby Royal Botanic Gardens and, at that time, the park, though huge, it was full of merrymakers and tourists. This time, it was more a place of solitude as few people were around, except for a number of vacationers taking snapshots of their relaxed holiday in Sydney, and Sydneysiders walking the lanes that traverses the whole of the lush green park. It gave me the chance to better appreciate the beauty and serenity of the block that is sandwiched by towering skyscrapers, monumental landmarks like the St. Mary’s Cathedral, and other modern architectural buildings such as the Australian Museum.

The moment I set foot at the park, I was like a young child frolicking on its green, healthy lawn playing with some of the Australian white ibises that take refuge on one of its fountains. Few minutes later, we moved to the grand centerpiece of the park, the Archibald Fountain, passing through the fig-lined walkway where a cool old busker was strumming his guitar while singing on a low, soothing voice.

While at the Archibald Fountain, one cannot dismiss the elegance of the Gothic- inspired basilica of St. Mary’s nearby. As I appreciate the architectural design of the cathedral, flocks of tourists happily took their photos on these two impressive backdrops. Absolutely, these two fixtures are worth to be majestic backgrounds for photo opportunities to wanderers of the metropolis.

« Curry on a Hurry!
The Ships With A Cause »

7 thoughts on “A Stroll On Hyde Park”