The second half of the year has finally started. It is a great opportunity to look back at what the first six months of 2012 has brought to us. Although work has been very hectic, January to June gave us a reason to continue with what we love doing – that is wandering in different places, experiencing what it has to offer, and reliving each day with happy moments that will last a lifetime.

Today, we ponder on previous outings we made that we think should be part of this journal of ours. It is just right to include them here, as they bring good memories of fun, laughter and experience. Besides, we wanted you, our beloved friends, readers and followers to have an idea of what other things we have done that were not put in our blog the past few months.

Our ‘walk to memory lane’ will be in two parts: first will be a glimpse of two renowned beaches near the bustling Sydney metropolis and, the second will be a look at the underwater journey of one of the city’s best family attraction, the Sydney Aquarium.

So let us begin!

Our visits to two of our favourite beaches in NSW, Bondi Beach and Cronulla Beach, during the summer months of January and February are two great experiences that we love reminiscing. These two powdery-lined beaches on the coast of NSW are a must for vacationers, both here and abroad, to visit. They are not just famed beaches the Aussies are proud of, but a popular destination to relax one weary soul. 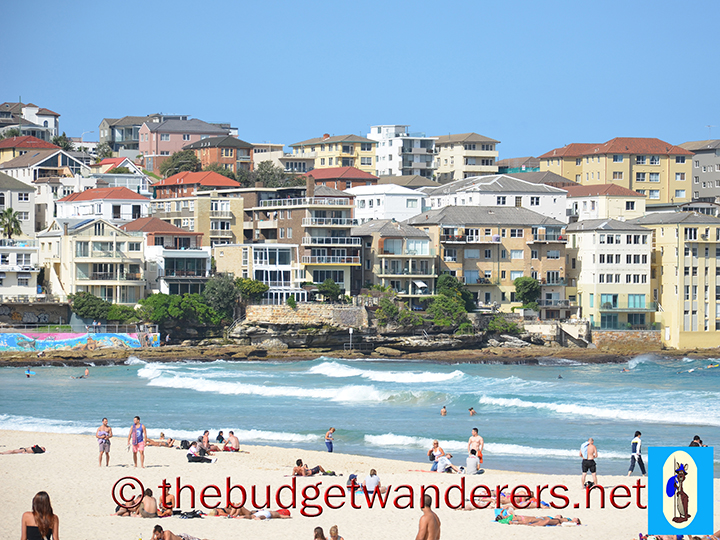 Bondi Beach is famous for its turquoise waters, which give tranquillity and joy to its sea-loving guests. Aside from this, it boasts of ever-raging and massive waves which are frequented and adored by local and international surfers. It also has a plethora of different cafes and restaurants as well as souvenir shops in its borders, making  it one of Sydney’s most diverse areas where a mixture of race and colour mingle with each other. Indeed, a veracity of the multiculturalism that exist in the Australian soil.

Though renowned as one of the best beaches to visit in NSW, it is highly packed with visitors during the summer months as well as bright, sunny days throughout the year due to its proximity to the central business district. It is, therefore, one of the most accessible beaches near Sydney’s lively metropolis and a perfect place to unwind if one is overloaded with the stresses of the city’s lifestyle.

On the other hand, Cronulla Beach in the area of the Sutherland Shire, south of the CBD, is another prominent shore less frequented by beachgoers but equally stunning as Bondi. Its sapphire waters are crystal clear and inviting. A must for those who want a more carefree environment and a more relaxing ambience of urban life.

Although the shoreline is a bit shorter compared to the longer strip of coast in Bondi, its locals are friendlier. What it lacks in length in its coastline is much more compensated by its hospitable and cheerful residents. Another steaming reason to visit the place is the abundance of unique and lovely shops that sells creative and colourful mementos  that line the avenue towards the shore. Along with these shops are a range of different restaurants and bistros that offer mouthwatering savoury dishes.

In general, both beaches share its distinction of being great in its picturesque views and cordial people. The choice of which is greater depends on the traveller as both of them are marvellous on their own way. But for us, both are equally breathtaking and will always be on our list of best beaches that we will be frequently visiting.

« Joseph’s Bakery – A Delight in the Inner West
Walk to Memory Lane Part 2: An Underwater Exploration »