Taking Out the Navy from the Newington Armory

When the Royal Australian Navy vacated the Newington Armory previously known as the Royal Australian Naval Armament Depot (RANAD) in 1996, to make way for the development of the Olympic Village for the Sydney Olympics 2000, it has become one of Sydney’s most treasured places for families, bike riders and picnic-lovers. It has become an abode for various activities for families, groups of friends, and most especially young kids, who gallivant in the green, lush grass of the whole space.

One of the activities for visitors inside Newington Armory.

Newington Armory is located in the suburb of Newington, near Homebush Bay, home of the Olympic Park. It is easily accessible by foot and bike ride during the weekends from 10am to 4pm for free, where one can bask and play under the sun, while discovering the past of the armory.

One of the hills nearby.

Besides learning a part of NSW history, one can also have glimpse of the spectacular skyline view of the Sydney Olympic Park by trekking to one of those hills near the place. With numerous hills around, it is extremely suggested that one should be taking a bike ride rather than having a walk or jog. However, some visitors would rather opt for the latter for personal reasons. Just make sure that you hydrate yourself regularly to avoid extreme exhaustion. 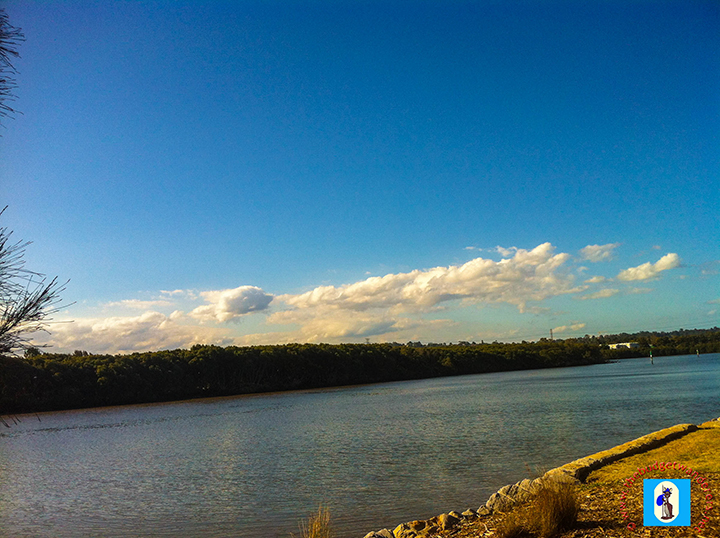 The southern bank of the Parramatta River is also nearby, giving one a sight of the majestic waterway. A passenger ferry as well as small boats runs through the river’s course, making it one of the most important tributaries of Sydney Harbour.

The Newington Armory is an exceptional place as it fuses the natural beauty of the environment with the heritage of the historical past.

One of the hills nearby.

One of the activities for visitors inside Newington Armory.

An estuary near Newington Armory.

Another path to one of the hills.

10 thoughts on “Taking Out the Navy from the Newington Armory”