thebudgetwanderer has written 95 posts for THE BUDGET WANDERERS

Another year of splendid, bigger-than-life, works-of-art are scattered along the walkway of Bondi beach to the shore of Tamarama beach. These two beaches in the eastern suburbs of NSW have been traditionally the home of Sculptures By The Sea. This annual outdoor-art gallery, known as the Sculptures By The Sea, gathers world-renowned artists, both locals … Continue reading →

Beating the Heat at Coogee Beach and Gordon’s Bay

Summer has not officially arrived yet in Sydney, but with a glaring sun for the past few days, it is just right for a plunge. Two friendly seaside beaches for frolicking and having that sun-kissed tan are just a few kilometres away from the bustling CBD. Ideal for families, Coogee Beach has pristine waters for any … Continue reading →

The culture of street art is a fast-growing emblem of free-spirited lifestyle. An artistic subculture, which aghast the yesteryears when conservative view is more of the norm. However, the ever-changing values, which are closely related to the present generation’s belief where freedom of expression begets a more liberated philosophical ethos, has construed another form of … Continue reading →

When we speak of Bathurst, the first thing that comes to mind is Bathurst 1000, a popular motor race annually held every October in the city. This regional city located between Sydney Metropolitan Area and Central Western Slopes and Plains in New South Wales became identical with motor-sport due to a car race car event. … Continue reading →

Vivid Sydney: A Festival of Lights

Sydney’s festival of lights is back! Vivid Sydney is one of the most anticipated festivals in Australia. It brings in both local and foreign tourists to this 18-day event, providing a boost in Sydney’s tourism. This year more intricate light showdown are adorned in various locations in the metropolis. Most of which are concentrated in … Continue reading →

The Currency Museum of Australia

Money makes the world go round as the song goes. But money can also be a window to a country’s past, present and future. This could be debatable in so many terms; however, the Museum of Australian Currency Notes attest to this notion. Located at the ground floor of the Reserve Bank of Australia, Museum … Continue reading →

When a pom explorer by the name of James Cook had his voyage in the east looking for new lands, he arrived in New South Wales in 1770. From then on he became one of the most important persons in the Australian history. The captain who achieved numerous voyages across the pacific is known for … Continue reading →

Celebrations of Australia Day across the country provide a picture of the lifestyle from Down Under. With fluvial parades on land, water and the skies, it depicted its free and democratic society. Along with these are festivities that showed Aussie spirit. The many faces during these celebrated holiday inclined to show that Australia is a … Continue reading →

The Wondrous World of Scienceworks

Getting into museums is one of the best places to understand and learn more about certain cultures and traditions. It is also the better place to study the vast place that we live in. However, most of the time, museums are considered to be both boring and non-appealing to children as some of them are … Continue reading →

Avoiding the Bug in Travelling

Most travellers take time to plan for their much-awaited adventure overseas. This planning includes preparing itineraries, researching the destination, and understanding the culture as well as the tradition of the foreign land. However, most, if not all, overlook the possibility of contracting a bug that might ruin or cut short your stay. 1. Get and … Continue reading → 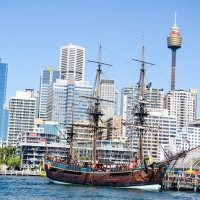